In just over a week's time, Mgr Mark O'Toole will be ordained Bishop of Plymouth. 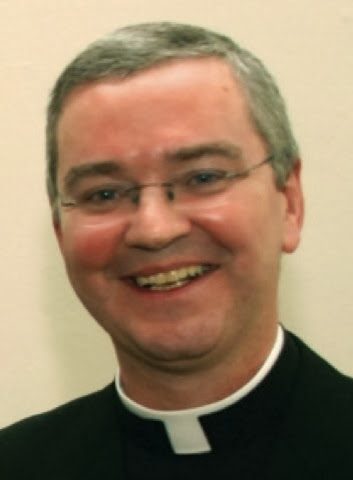 Mgr O'Toole was among those responsible for the reception of the former UK Prime Minister, the pro-abortion Tony Blair, whose regime led to abortion up until birth for some children and the closure of Catholic adoption agencies. Sadly Blair's conversion didn't lead to any public remorse for the disaster he inflicted upon children in the UK but I must presume he did so privately.
I personally knew Father Mark O'Toole (as he was) when I was a seminarian at Allen Hall and remember him as a kind, prayerful and orthodox man.
Please take a moment to pray for him and his new diocese - may the Holy Spirit strengthen and guide him and may all the faithful there be fortified as soldiers of Christ.
Posted by NonAngelusSedAnglus at 7:16 AM No comments: Links to this post

The Holy Name of Jesus

Today is the Feast of the Holy Name of Jesus in the older calendar of the Roman Rite. 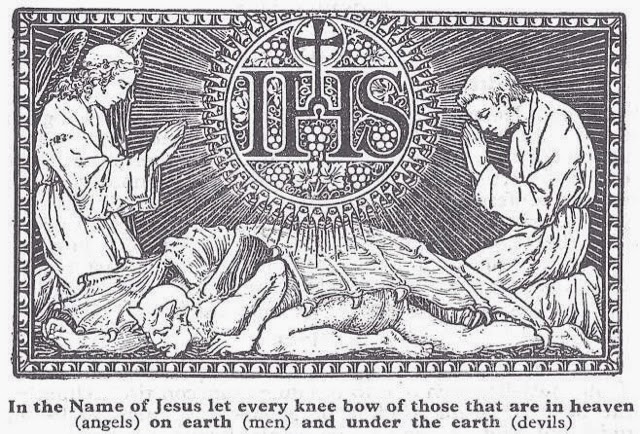 The liturgy and the scriptures and prayers within highlight the great power of the name of Jesus. It is a reminder that this name alone is a powerful prayer, it makes
Satan flee and should be used only in prayer or with the utmost respect. There is also an indulgence attached to the invocation of the Holy Name.
The liturgy both before and after Vatican II  insists that we bow every time the name of Jesus is mentioned and of course to use the name as a swear word is a grave sin - sacralige. I recently read that traditionally Catholiics would pray, "Blessed be the name of The Lord" when they heard this name being use blasphemously - this would be a great custom to restore.
May we grow in love for Christ and His Holy Name daily.
Posted by NonAngelusSedAnglus at 1:05 AM No comments: Links to this post

I was delighted to hear that I was awarded the Sunshine Blog award from both Jackie Parkes and Richard Collins. 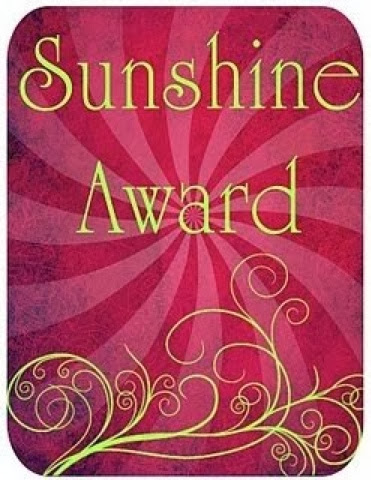 One of my duties shall be to nominate ten other blogs which I shall do in a few days time. My other solemn duty to share ten things about myself on this blog. This doesn't come easy to me but here goes:
1.  I believe and profess all that the holy Catholic Church teaches, believes and proclaims to be revealed by God.
2. I am a sinner, aware of my need for God's grace and wouldn't go more than a week without Confession if possible and receive the Eucharist several times a month.
3.  I have a beautiful, loving and patient wife who encourages me to be the man I am and respects me as the head of our family under Christ. I am passionately in love with this woman, my best friend, and mother of my young son.
4.  I'm not entirely sure who reads this blog and always appreciate feedback but made two choices: never to give my name and to refrain from needlessly criticising any other person. I hope to share thoughts, amuse and possibly inspire other people - not bring them down.
5.  I'm an Englishman whose lived in two foreign countries: Wales and Hong Kong (where I grew in appreciation of English traditions, rugby and cricket respectively) and have been fortunate enough to have worked in and / or visited five continents and ovee 50 countries including the Holy Land and what is left of the Papal States.
6.  Although born in the 1970s, I feel more at home worshipping at a (Tridentine) Latin Mass and once had various internet trolls threatening to have me burnt at the stake as a heretic when I wrote a spoof article wanting a more meaningful liturgy and concluding that the old rite is what is needed. Sadly, Damian Thompson, removed the death threats from the blog, which I rather enjoyed.
7. I was once threatened with excommunication by Cardinal Basil Hume when I told him that I hoped Anglican prayers would be more efficacious for about 90 minutes when it had been reported that he and the ArchMinister of Canterbury were to attend the FA Cup final together cheering and praying for Newcastle and Arsenal respectively.
8.  I spent a year as a seminarian and later a year as a novice monk at Ampleforth. Although neither were to be my vocation I treasure those times and the friends I made at each. I should pray for vocations more often than I do.
9.  I was once hugged by a lady Anglican minister who was concerned that I wouldn't like her because she's a woman and I reassured her that I believe that her ordination is just as valid as her male counterparts.
10. I believe in genuine ecumenism, but it has to based on the highest, not the lowest, common denominator. Anglican, Protestant and Orthodox friends have all encouraged me in my faith and despite being a Papist and a layman, have spoken at several Protestant churches in Hong Kong. I prefer faithful non Catholic Christians who genuinely seek God and to liberal Catholics who water down the faith any day.
Posted by NonAngelusSedAnglus at 8:50 AM No comments: Links to this post